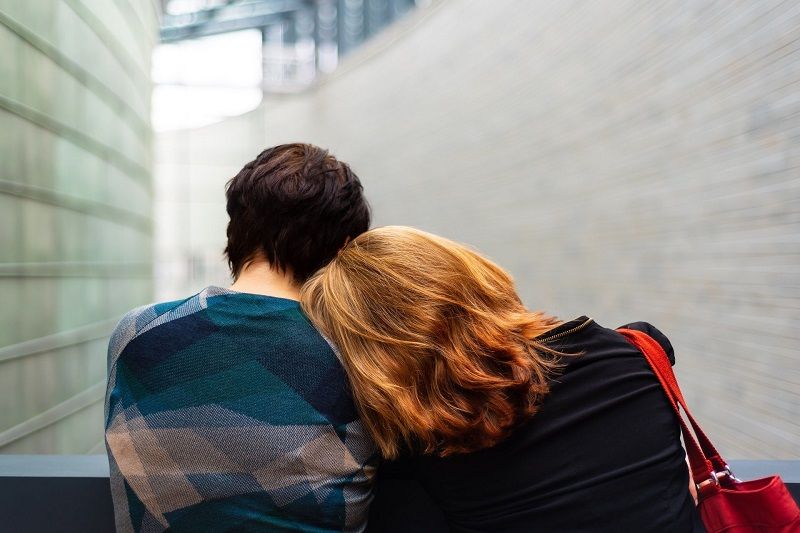 Attention deficit hyperactivity disorder (ADHD) affects about 5 percent of children, and about half of them will carry those symptoms into adulthood, says the American Psychiatric Association. The Centers for Disease Control and Prevention estimate that numbers are even higher in smaller community samples. On top of that, many adults with ADHD have never been diagnosed.

Untreated ADHD can cause numerous mental and physical problems that can put a strain on relationships and cause difficulties in many aspects of everyday life. It’s important to recognize the signs of adult ADHD so you can get proper treatment. Keep reading to learn about the symptoms.

1. Lack of focus
Possibly the most telltale sign of ADHD, “lack of focus” goes beyond trouble paying attention. It means being easily distracted, finding it hard to listen to others in a conversation, overlooking details, and not completing tasks or projects. The flip side to that is hyperfocus (see below).

2. Hyperfocused
While people with ADHD are often easily distractible, they may also have something called hyperfocus. A person with ADHD can get so engrossed in something that they can become unaware of anything else around them. This kind of focus makes it easier to lose track of time and ignore those around you. This can lead to relationship misunderstandings.

3. Disorganization
Life can seem chaotic for everyone at times, but someone with ADHD typically has a more hectic life experience on a regular basis. This can make it difficult to keep everything in its right place. An adult with ADHD may struggle with these organizational skills. This can include problems keeping track of tasks and trouble prioritizing them in a logical manner.

4. Time management problems
This issue goes hand-in-hand with disorganization. Adults with ADHD often have trouble using their time effectively. They may procrastinate on important tasks, show up late for important events, or ignore assignments they consider boring. They may have trouble focusing on the future or the past — the “now” is often more top-of-mind for them.

5. Forgetfulness
It’s human to forget things occasionally, but for someone with ADHD, forgetfulness is a part of everyday life. This can include routinely forgetting where you’ve put something or what important dates you need to keep.
Sometimes forgetfulness can be annoying but unimportant; other times, it can be serious. The bottom line is that forgetfulness can be damaging to careers and relationships because it can be confused with carelessness or lack of intelligence.

6. Impulsivity
Impulsiveness in someone with ADHD can manifest in several ways:
* interrupting others during conversation
* being socially inappropriate
* rushing through tasks
* acting without much consideration to the consequences
A person’s shopping habits are often a good indication of ADHD. Impulse buying, especially on items the person can’t afford, is a common symptom of adult ADHD.

7. Emotional problems
Life with ADHD can seem chaotic, as though your emotions are constantly in flux. You can easily become bored and go looking for excitement on a whim. Small frustrations can seem intolerable or bring on depression and mood swings.
Untreated emotional problems can add complications to personal and professional relationships.

8. Poor self-image
Adults with ADHD are often hypercritical of themselves, which can lead to a poor self-image. This is due in part to their inability to concentrate, as well as other symptoms that may cause problems in school, work, or relationships.
Adults with ADHD may view these difficulties as personal failures or underachievement, which can cause them to see themselves in a negative light.

9. Lack of motivation
While you might be open to doing everything at once, you also may feel unmotivated. This is a problem commonly seen in children with ADHD, who often can’t focus on schoolwork. It can also happen with adults.
Coupled with procrastination and poor organizational skills, this problem can make it difficult for an adult with ADHD to finish a project because they can’t focus for long periods of time.

10. Restlessness and anxiety
As an adult with ADHD, you may feel like your motor won’t shut off. Your yearning to keep moving and doing things can lead to frustration when you can’t do something immediately. This leads to restlessness, which can lead to frustration and anxiety.
Anxiety is a very common symptom of adult ADHD, as the mind tends to replay worrisome events repeatedly.
As with children, physical signs of restlessness and anxiety in adults can include fidgeting. They may move around frequently — tapping their hands or feet, shifting in their seat, or being unable to sit still.

11. Fatigue
Although this may sound surprising given that restlessness is also a symptom, fatigue is a problem for many adults with ADHD. There could be several reasons for this. It may be due to hyperactivity or sleep problems that can come with ADHD. Or it could be due to the constant effort to focus required by adults with ADHD. Or it could be a side effect of ADHD medications.
Whatever the cause, fatigue can make attention difficulties even worse.

12. Health problems
Impulsivity, lack of motivation, emotional problems, and disorganization can lead a person with ADHD to neglect their health. This can be seen through compulsive poor eating, neglecting exercise, or forgoing important medication. Anxiety and stress also have negative impacts on health.
Without good health habits, the negative effects of ADHD can make other symptoms worse.

13. Relationship issues
An adult with ADHD often has trouble in relationships, whether they are professional, romantic, or platonic. The traits of talking over people in conversation, inattentiveness, and being easily bored can be draining on relationships, as a person can come across as insensitive, irresponsible, or uncaring.

14. Substance misuse
This issue may not affect every adult with ADHD, but adults with this condition are more likely than others to have problems with substance misuse. This may involve the use of alcohol, tobacco, or other drugs.
The research isn’t clear on what the link is between substance misuse and ADHD. However, one theory is that people with ADHD use substances to self-medicate. They may misuse these substances in the hopes of improving focus or sleep, or to relieve anxiety.

Other symptoms
Other common traits among adults with ADHD include:
* changing employers often
* having few personal or work-related achievements
* repeated patterns of relationship issues, including divorce

What’s next?
Adults with ADHD can find solutions to overcome the difficulties of their condition. Getting organized, sticking with plans, and finishing what you started can begin with cognitive behavioral therapy or by meeting with a professional organizer if your ADHD is mild.

It’s also important to learn how to manage stress, eat right, and get enough sleep regularly so that your body is best equipped to handle challenges. Medication may also help. To find out more about your treatment options, talk to your doctor.