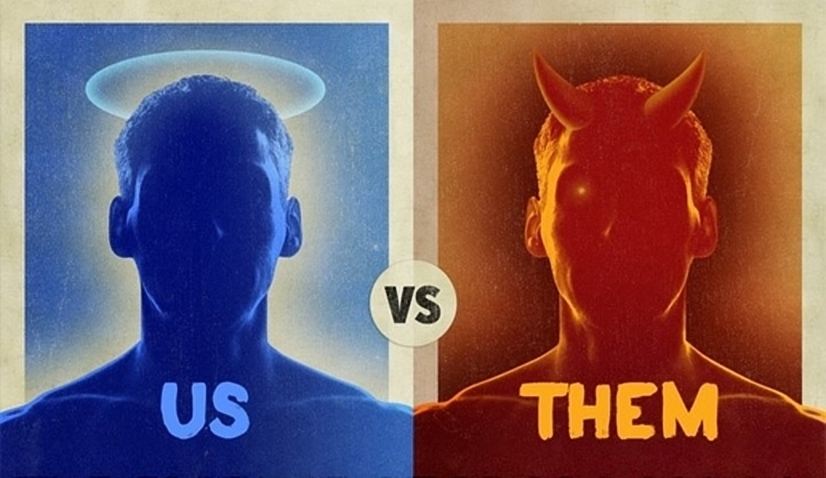 Why do so many GOP member still defend Donald Trump, despite all of the allegations and mounting evidence of alleged wrongdoing?

All of this is tied to the psychology of accommodation. As a conservative-leaning clinical psychologist I know explained to me, when new experiences don’t fit into an existing schema — Mr. Trump becoming the leader of the party that insisted on the necessity of good character in the Oval Office when Bill Clinton was president, for example — cognitive accommodation occurs.

When the accommodation involves compromising one’s sense of integrity, the tensions are reduced when others join in the effort. This creates a powerful sense of cohesion, harmony and group think. The greater the compromise, the more fierce the justification for it — and the greater the need to denounce those who call them out for their compromise. “In response,” this person said to me, “an ‘us versus them’ mentality emerges, sometimes quite viciously.”

“What used to be a sense of belonging,” I was told, “devolves into primitive tribalism, absolute adherence to the leader over adherence to a code of ethics.”

Now tie this into our politics. Several years ago — whether it was in the aftermath of Mr. Trump’s racist attacks on Judge Gonzalo Curiel, the release of the “Access Hollywood” tape or the president’s disturbing comments after the white supremacist rally in Charlottesville, Va. — Republicans were willing to call out Mr. Trump. But that proved to be ephemeral.

Month after month, with one outrageous, norm-shattering comment or action giving way to another, Republicans who in the past could never have envisioned being Trump acolytes, have been ground down. Accommodation has kicked in, which is a psychological relief to many of them. For those who view Mr. Trump as a model politician who voices their grievances and fights with a viciousness they have long hoped for from Republicans, the accommodation is not just a relief but a source of delight.

As the psychologist I spoke to put it to me, many Republicans “are nearly unrecognizable versions of themselves pre-Trump. At this stage it’s less about defending Trump; they are defending their own defense of Trump.”

“At this point,” this person went on, “condemnation of Trump is condemnation of themselves. They’ve let too much go by to try and assert moral high ground now. Calling out another is one thing; calling out yourself is quite another.”

As a result, many in Mr. Trump’s party not only refuse to challenge his maliciousness; they have adopted his approach. They have embraced his “will to power” worldview. After dealing with Mr. Trump, “you’re definitely denuded and jaded,” one Republican who has interacted recently with members of Congress told me. “Your sense of perspective is totally warped.”